We launched HiiT Squad sessions, for men and women over four years ago. We know it works. But if you recently watched the BBC’s The Truth About Getting Fit…How HiiT works, you’ll probably now believe it too… Why is two minutes of exercise so effective? If you watched the BBC programme, you’ll know but even taking away all the science and research and using common sense, two minutes is effective because ANYONE, of any fitness level can put their all-out effort into short, sharp bursts of effort. And it is the intensity at which you exercise that is crucial here. Go off to the gym and steadily ride a stationary bike, or even walk or jog on a treadmill, you might sweat, you might get red in the face but it’s not an all-out effort.

Work for all out efforts and you’ll burn more calories after you’ve finished and you’ll utilise more muscles in that effort, so that will create a greater work out activity in lean muscle tissue. And for us ladies, the more we work to boost our muscle tissue (and you don’t need to worry about bulking up, that’s incredibly difficult to do!) the better our hormone balance.

To celebrate the fact that the rest of the UK are finally catching up with what we have long known, we’re offering our HiiT Ten Class passes at 40% off, less than £5 per session. And if two of you book, on our special Valentine’s Spread the Love offer, you both get 60% off.

All you have to do is go to our Booking page, scroll down to the Hiit Class Pass 10 and input the code hiitworks for the 40% offer. You’ll get 10 classes (Friday, 6.30am at The Level) although the class expires 12 weeks from purchase and classes must used by then. This offer is only open to those new to HiiT SQUAD . For the Spread the Love deal, you BOTH need to email us before 6pm 14th February for our special offer code. 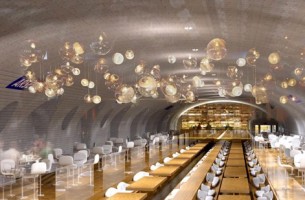 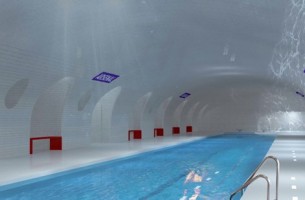 H.I.T sessions to burn fat in half the time Light up the winter mornings with HIT sessions

Let’s face it, most of us start any fitness regime because we want to lose weight and look good. The rest, feeliing good and doing it for the challenge of it, comes later and is vital if you want to stick to a healthy exercise regime.

But if you’re looking for something purely for the sake of getting results fast, then HIT, high intensity training as part of our new brand HIT Men & Women,  could be the perfect solution.

What are HIT sessions? They are very short workouts which involve pushing yourself to the maximum of YOUR personal limit, wherever that may be currently. And the beauty of these workouts as their effectiveness is backed up by scientific research. The workouts are based on scientific research, including that of

In 2005, a study by Martin Gibala, Professor of Exercise Science at McMaster University in Canada showed that 30-second bike sprints for a total of two minutes led to the same muscle adaptation (or nicer looking legs if you prefer) as two hours of long steady bike training. And the list of research goes on and translates to being effective across all forms not just cycling.

But it’s not just the physical effect on your body that is worth noting about HIT Men and Women sessions. They can:

Studies have shown that you can expect to lose 1-2kg in 6-8 weeks, even without changing your diet.

Lepin, sometimes known as the hunger hormone, has been shown to decrease in women who followed a fast style exercise programme.

A study in the Intenrational Journal of Obvesity showned that 594 calories are consumed after an intense HIT session compared to 710 of those who exercised moderately.

By helping to make the muscle of the heart bigger and more efficient.

A trial at Abertay University showed that just two 60 second sprint workouts a week led to improvement in blood sugar control, one of the key components in cravings.

Best of all, it means you get results fast in less time which is perfect if you have a busy life with family and work.

Fancy trying it? Then don’t miss our HIT Men and Women camp (or drop in sessions) starting back this Wednesday 8th January on Hove Seafront. Open to complete beginners choose from 6.30am or 7am, a thirty minute workout that will get results.

We have a special HALF PRICE NEW MEMBER OFFER (you must be completely new to Fitbitch) or you can book half the camp or  single session drop ins via our Prices and Booking Page.