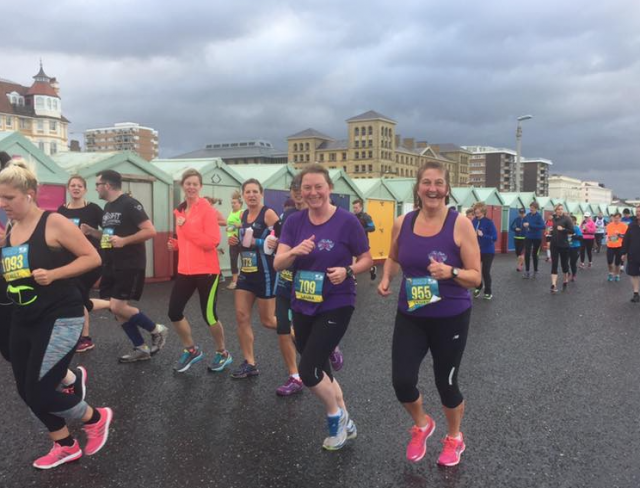 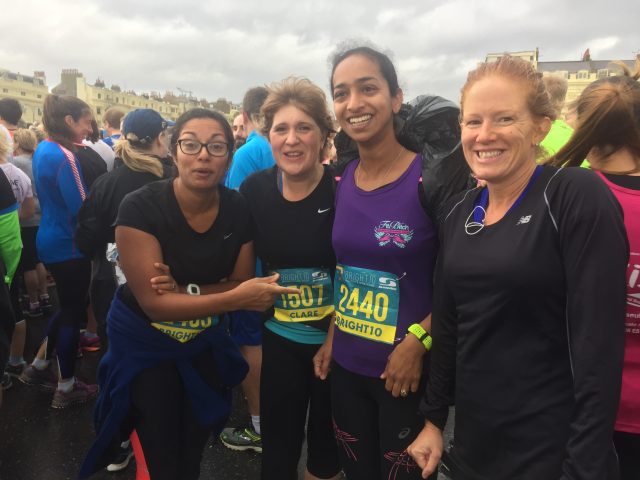 What happens if you commit to completing a number of sun salutations and continue every day of the month? That’s the challenge that we set ourselves and our challenge community this month

We have all read how bad sitting can be for us. Add to that a regime of regular running and/or exercise as well as the ageing process, which can contribute to shortened muscles and we ALL know how useful yoga or stretching is for us. But with most yoga classes stretching to 75 – 90 minutes, plus the time to and from the studio and most of us give up thinking that we can’t fit it in and don’t do any stretching at all.

So at the beginning of February, we set our Fitbitch Challenge Community (which is free and open to enter for anyone at anytime) the goal of doing three sun salutations on Feb 1st and to add one every day until Feb 29th, finishing on a total of 31.

And because I am currently training for the London Marathon and spend a lot of my day sitting writing, I decided to take part too. And this is what I learned.

Mornings are the hardest

Your muscles become shortened while you are inactive in sleep mode and so it feels harder to stretch when you have just woken up.

Morning is also the best time

Despite it feeling harder, it’s far easier to do them in the morning. Your mind hasn’t woken up yet and began to whirl with all the tasks you simply MUST get done. Plus, wait until later in the day and you can often find yourself doing them while watching American Horror Story on Netflix after a glass of wine. Which is clearly not the goal.

If you are a runner, even doing 10 sun salutations, which takes less than five minutes, helps to provide a daily diagnostic spot check on where your muscles are tight and what *may* flare into an injury if  you don’t keep stretching, or get a massage. This has helped see me sail through my marathon training injury-free.

To stay in the moment

Most  of all, the challenge has helped me stay in the present. Admittedly, at the beginning of the challenge, I’d be half way through the sun salutations and thinking, ‘Oh, I don’t have time for this. I’ve got to write X, email Y, and cook Z.’ Not to mention looking at the carpet while in downward dog thinking it needed a vacuum. But then this curious thing happened.

Once I got to 20 salutations and beyond, I began to switch off from all the tasks piling up in my head and the sun salutations became a little retreat all of their own (except after Brighton Half Marathon day when they were a bit creaky). It meant that I still got all the really important things done AND I had a break from working that was far more beneficial than a coffee break.

So, will I be continuing? I’m not going to carry adding on one per day but I will be sticking to 10-20 salutations a day from now on.

If you want to take part and become a member of our FREE Challenge Community where you can win rewards for completing fitness goals for beginners and beyond, click here.

To view a video of the sun salutations, click here.