Posts Tagged ‘what to wear when you run’

The Diary of a Running Mum: What to Wear

At the beginning of 2016, Fitbitch runner and mum of four, Tanya Taylor took on the challenge of running every day. Perhaps not surprisingly, she’s become an expert at what to wear.

Missed Tanya’s earlier despatches? catch up with her first and second despatches here Running through poppy fields with my daughter, Romy in July. Miles run this year: 836 Number of feet climbed: 46,988

I want to take you back to the year 2007. This was the year I first started to run. I had given birth to my fourth child six months before, and had recently stopped breastfeeding. I was horrendously self-conscious of my body and felt at a total loss with my identity. I was worn out and could hardly string a sentence together without punctuating it with “I’m SO tired” every other second. I felt dull and unattractive. Having four children under the age 9 was all consuming. The frustrations of not being able to fit into the clothes I wanted to wear, in order to feel like the person I knew I was, had found me, in a roundabout way, standing at my local park about to attempt to run for the first time since school. I had signed up for a 10k race in Bournemouth with some of my friends, and training was about to begin.

Now at this point, I need to tell you that clothes and fashion have always played a huge part in my life. For every significant moment in my past, I can tell you EXACTLY what I was wearing and probably where I bought it. My grandmother used to style Princesses and movie stars back in the 1950’s, it’s in my blood. So when I think back to this day, I don’t remember how the run went, or how I felt afterwards. I do rememb
er the ridiculously inappropriate ‘Leroy from Kids from Fame’ running ensemble though – men’s cotton Carhartt tracksuit bottoms, vintage Nike Windjammer and an old pair of vintage Nike trainers that I had bought in NYC ten years before. NOT an outfit I can recommend! Nine years on and I officially suffer from running kit OCD. I can now browse endless rails of lux-sportswear and know exactly what will work and what won’t. I can touch a fabric and know whether it will be gentle on my weather beaten skin or cause multiple unsightly chaffing sores. I can assess a neck line at the blink of an eye and know if I’ll look more Jeff Capes than Jessica Ennis. I need my kit to look good, feel comfortable and to ‘perform’.

More and more high street stores are now meeting the demand for women’s technical sportswear, and if you shop wisely, you can get some bargains. H&M have a great range (which my daughter also loves), and Topshop’s collaboration with Beyonce, Ivy Park, has some great pieces which I’m desperate to sample. Sweaty Betty and Lululemon always drop great prints in their collections, and their products perform well if your budget allows their above average price tag. TKMaxx is brilliant for a bargain, and is pretty well organised, so don’t be put off by the volume of stock.

Wearing good kit really does enhance your running, if you feel good from the off, then your run will start (and hopefully end) well – trust me! My top tracks to get you running this month

Arctic Monkeys – Do me a Favour

Fleetwood Mac – Go Your Own Way


Labels: blog about running, Brighton, coached running, Fitbitch, fitness, get fit, Hove, learn to run, London, running coach, The diary of a Running Mum, Trail running, what to wear when you run, Worthing, 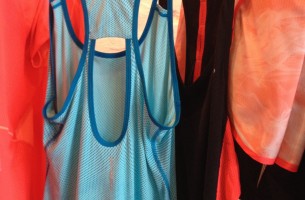 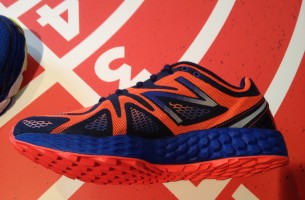 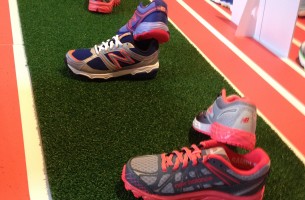 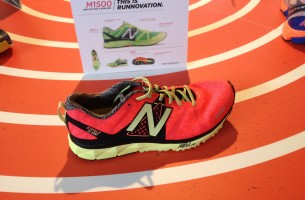